Among the few natural sources of blue dye is a plant called isatis tinctoria –known as pastel in French and woad in English. Pigment derived from this plant can produce astonishing shades of blue.

The Land of Cocagne

The culture and commercialisation of the pastel plant became widespread in south-west France during the 15th and 16th centuries and generated enormous wealth for the region.

It was this wealth that allowed the rich pastel merchants to build their magnificent mansions such as the Hôtel d’Assézat in Toulouse or the Hôtel de Reynes in Albi.

Eclipsed by artificial dyes in the late 19th century, pastel has been reborn in recent times and has lent its name to the motorway linking Albi and Toulouse – the autoroute du Pastel.

Behind the blue is a plant with yellow flowers

The pastel plant (isatis tinctoria) grows in temperate to cool climates. It has a two-year life-cycle: in the first year, it produces green leaves, and in the second, it bursts into bloom with clusters of tiny yellow flowers. Although it comes from the same family as the cabbage and radish, it is not edible. Be careful if you plant it at home because it is like the stinging nettle.

The leaves from the plant can be harvested four or five times in a season, and it fits in well with the concept of sustainable development. It is emblematic of the agricultural history of the Languedoc. 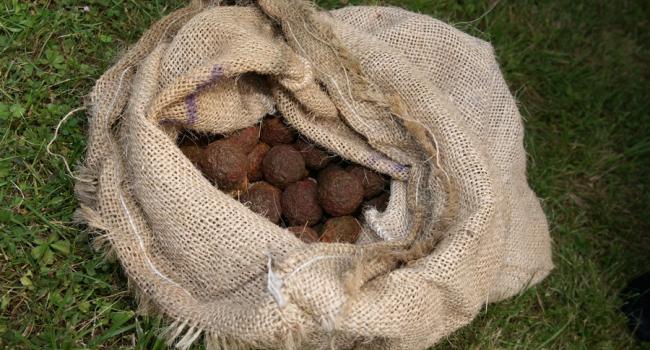 From the field to the cocagne

1 - Every day, peasants gathered leaves from the field and composted them (first fermentation).

2 - When the mulch was ready, it was taken to the pastel mill to be ground into a coarse paste.

3 - This paste was shaped into balls called cocagnes which were then dried on racks and could be stored until the dye was needed.

From cocagne to pigment

When it was time to obtain the pigment, the cocagnes were ground up, mixed with dirty water, urine and some of the previous year’s pastel, and a second fermentation began.

The pigment was primarily used for dying fabrics, but it was also used to produce artists’ paints and wood paints (people had noticed that pastel paint seemed to repel mosquitoes and other insects). The carts used by the peasants were often painted using this colour, which became known as ‘bleu charrette’.

The word ‘pastel’ meant ‘paste’ in Occitan, and the pastelier was the man who worked with the paste.

Get the mobile app for pastel

Get the mobile app ‘Pays de Cocagne’ and it will help you to discover ten sites linked to the golden age of pastel in the Albi-Carcassonne-Toulouse triangle. Listen to commentary and interviews with experts and practitioners who know and love the history of this land.

With the app, you can explore at your leisure without any risk of losing your way! 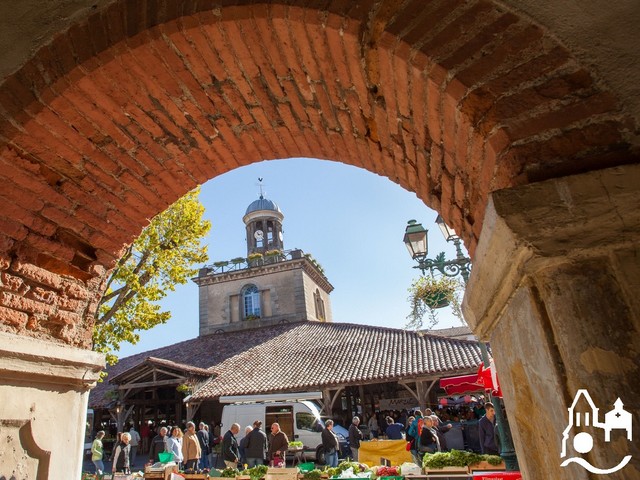 Revel market has been selected to represent Midi-Pyrénées region in "Votre plus beau marché" (your most beautiful market) contest of TF1 (French TV) and La Dépêche du Midi.

Make Revel market the most beautiful market in France by voting here until June 22nd 2022.